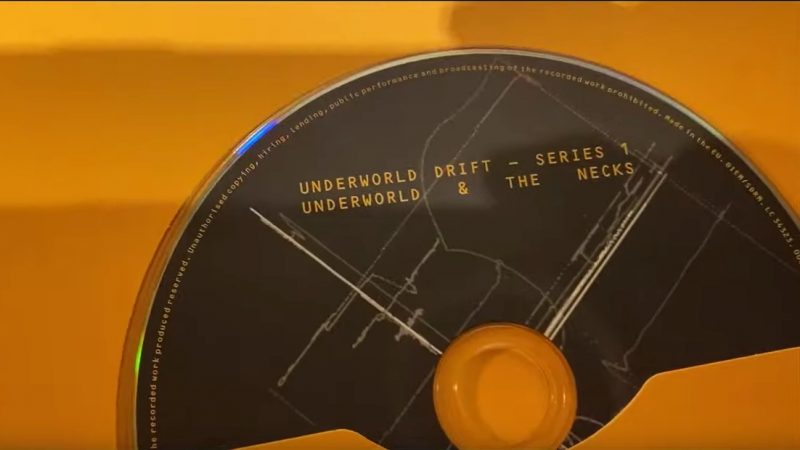 The box set has landed and if you ordered your copy from underworldlive.com then you can expect to receive it over the next week to 10 days…

The first 6 CDs are documents of episodes 1-5 and include some gems that didn’t get a release during the 52 weeks of Series 1. CD 6 includes as much of the collaboration with The Necks that could fit one one disc.

The 7th CD is the Sampler Edition – perfect for the car or a friend who could be tempted into the world of DRIFT perhaps?

There’s a Blu-ray Disc too that contains all the films released during the course of this first series, plus the trailer that kicked things off back at the end of October last year.

You’ll also find a web address and code that you can use to download all the other material that was released during the last year – giving you the chance to own the whole thing.

Finally, once you’ve got your ears round all that, then kick back with a bottomless pot of tea and get stuck in to the 80-page book – for a behind the scenes view of that epic journey of Drift Series 1 as seen by Rick, Karl, Simon and Robin…

We’d love to hear what you think… #DRIFT