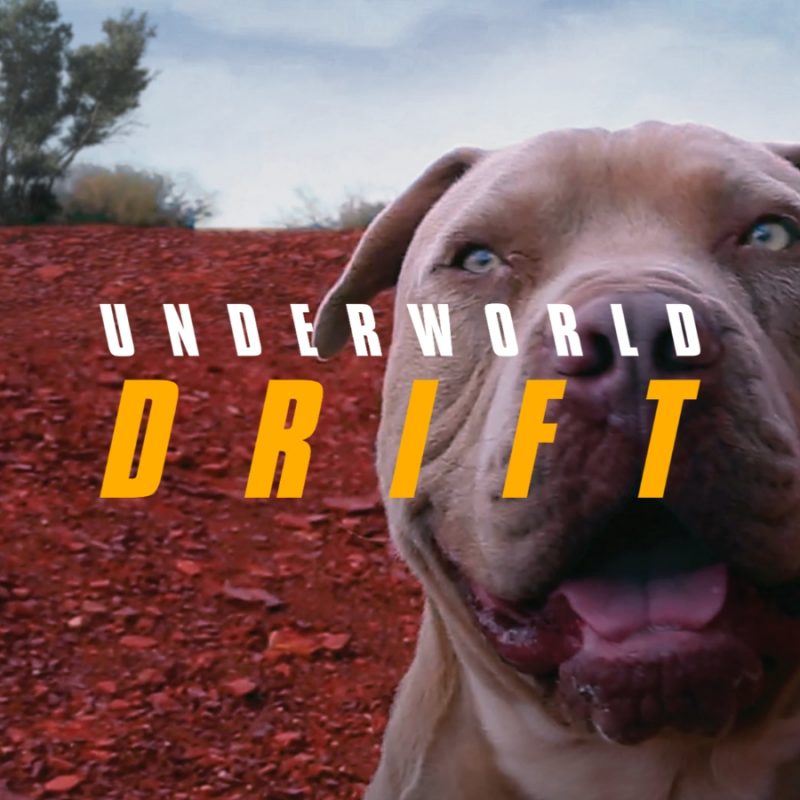 “A thrilling, broad-ranging release that finds them back on peak form.” Metro

“’Drift’ shimmers with the same much-needed optimism that ran through 2016’s wonderful ‘Barbara, Barbara, We Face A Shining Future’. Like the project overall, that’s an accomplishment – and a gift that shouldn’t be underestimated” Mixmag, album of the month. 9/10

On November 1st 2018 Underworld unleashed Another Silent Way, hailing the start of the DRIFT Series and accompanied by a somewhat rash promise (to you the listener, to themselves the band): Series 1 was to see Rick and Karl release music every Thursday for a year, most of it new, recorded and mixed in the days following the previous release. With no map and no fixed destination, DRIFT would go on to be a wildly ambitious, wilfully experimental, occasionally maddening, never less than intriguing ride; a creative wellspring tapped and “a validation that quantity does not militate against quality” (Mojo, 4/5).

52 weeks later, DRIFT Series 1 collects together Underworld’s inspired, visionary work from the last year. Music and film that spans genres and continents, created in hotel rooms, kitchens, tour buses, cars and studios. Along the way, they invited techno producers, economics writers, Japanese noise musicians and Australian improv trance acts  in to add their unique perspectives to DRIFT. The result is a collection of some of the best music of their careers.

“The ambitious scheme has propelled them into surprising and fertile new ground. A vital presence.” – The Quietus

DRIFT Series 1 is released everywhere this Friday, as a 7 CD box set that includes a Blu-ray of all the films and an 80 page book that documents the year’s work. Also available is a single CD or 2 x LP ‘Sampler Edition’, each version inviting you spend one year in DRIFT – it’s up to you how deep you want to dive.

Today’s release is the 52nd in a series of 52 – S T A R (Rebel Tech) frames the song’s familiar list against a shuddering shockwave of a rhythm track, a shout out to the great and the good from a different dancefloor.

DRIFT will return, and it will be different. Underworld will go where the hell they want. We’ll see you there.