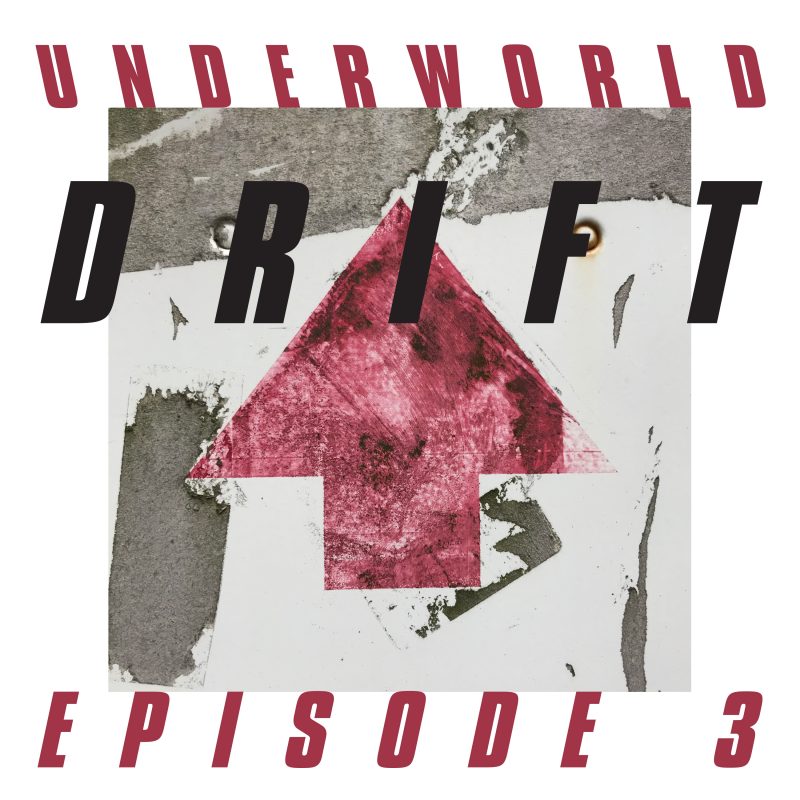 Underworld have announced details of HEART – the third instalment in their episodic DRIFT series. It is released online everywhere on Thursday 2nd May 2019 at 6pm GMT.

A mesmerizing drift into springtime; a journey across miles of open sands into tight city streets where neon blurs past the windscreen as night turns to day, this HEART beats to the sound of gorgeous hyperspace soul, metropolitan electro, scratched up ghostly radio transmissions and rumbling ultra heavy percussive techno. Channeling a restless and relentless creativity across its five tracks, HEART is further proof that Underworld in 2019 are untouchable.

Rick Smith and Karl Hyde began their year long DRIFT series on November 1st 2018. A public experiment in creativity and possibility, it has seen the duo releasing material each week on a Thursday evening via their website. New material collectively forms DRIFT episodes; between each episode, the band release previously unheard archive material, remixes and curios. Each piece of new music is accompanied by films created with the band’s long time Tomato partner Simon Taylor.

At the end of each episode, all parts are fused together into a single resolve told in music, film and text. DRIFT Episode 3: HEART is available now. The next episode of Drift begins on Thursday 23rd May.