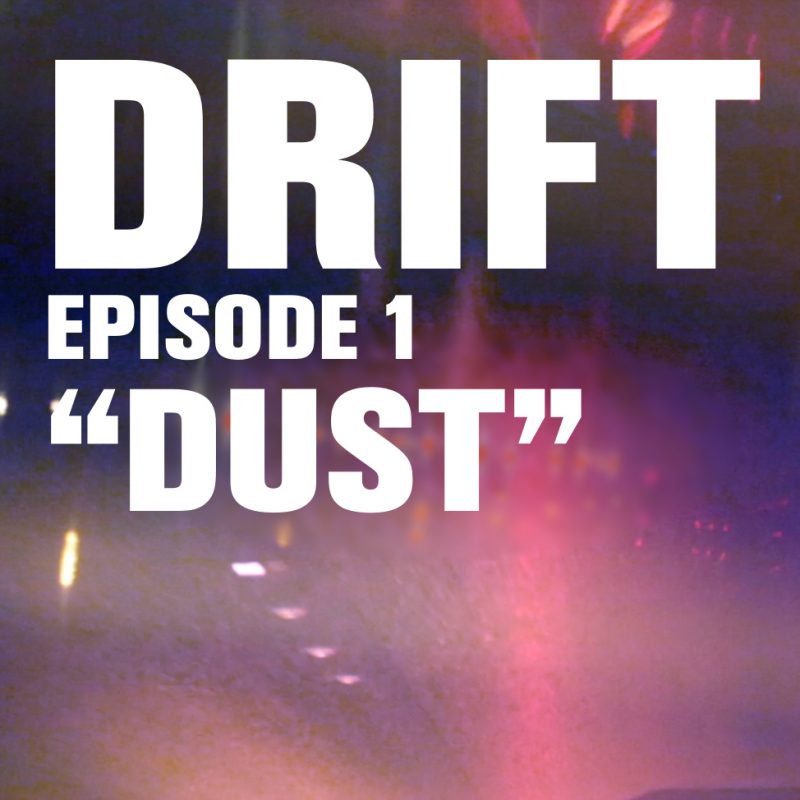 “DRIFT is the opposite of ‘normal’ or ‘usual practice’. A man walks a dog. The dog says hello.” Karl Hyde

At the start of November 2018, Underworld launched Episode 1 of their “DRIFT” series, a year-long project that sees the band release new work on consecutive Thursdays. On December 6th 2018, in close collaboration with long time Tomato partner Simon Taylor, the band release the film and audio resolution of DRIFT Episode 1: DUST.

Between November and the start of December new compositions and films were made, often reactively to the previous week’s work, and broadcast via underworldlive.com. All the Thursday releases have now been fused together into a single story told in music, film and text: DRIFT Episode 1: DUST.

DRIFT started as a journey with no fixed destination; a very public experiment by one of the most influential electronic acts of all time. On that journey, the band’s Karl Hyde and Rick Smith stopped at a pig shed in Essex; Rockingham Speedway; a hotel room in Reykjavik; AIR studios and a series of tiny club shows in Amsterdam, Manchester and London. Each of those stop off points helped influence the creation of some of the most vital music they’ve released in years.

DUST rises up with cyclonic techno, woozy acid bass and hypnotic calls to action, opens out with layer upon layer of splintered ambient sound topped with languid, daydream poetry and heads out into the cosmos with an elasticated groove to astrally project to. A snapshot of one month spent in Smith and Hyde’s heads, DUST is an idea gloriously exploded inside the World of Underworld.

Now presented via all major streaming/download platforms, DRIFT Episode 1: DUST features extended and developed versions of each of the Thursday releases, including collaborations with DJ and Producer Ø [Phase], Australian experimental impro-trance band The Necks and a piece made to reflect the ongoing work of the award-winning Manchester Street Poem project.

The second episode of DRIFT begins in January 2019.

2. Universe of Can When Back

Underworld recently played a series of club shows ending with three nights at London’s Village Underground. From the reviews of those gigs:

“Underworld continue to make music that is thrillingly relevant… gliding, almost pastoral techno…an acid apocalypse that would scare the bejesus out of much younger men. Here’s to another 25 years” The Times 5*

“The gig marks the release of Drift – Episode 1, a collection of tracks they’ve been putting out weekly as part of a year-long project combining music, film and writing. Tonight’s cuts may still be rooted in rave culture, but they boast a breadth and attack largely lacking in contemporary laptop electronica.” The Guardian 4*