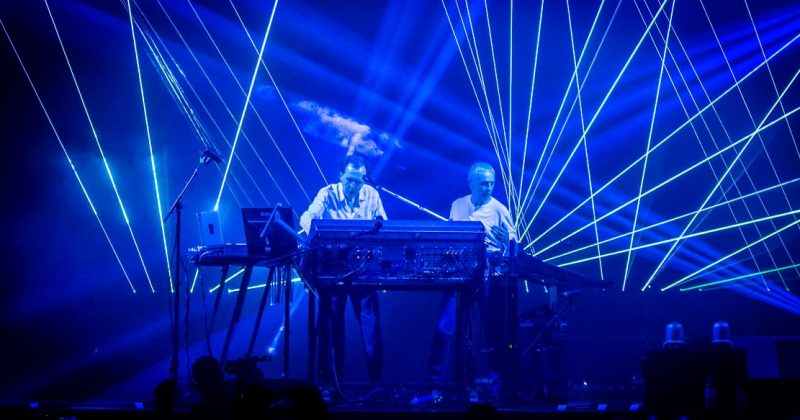 Underworld have today announced a series of very special club shows in November and December. These gigs promise to be the most intimate the band have played since the early ‘90s. Their last London headline gig at the 10,000 capacity Alexandra Palace sold out five months in advance.

At these new shows, Underworld will be experimenting with a mix of brand-new material, classic tracks and little heard gems from their deep archive:

“In 2017 we reconnected with a personal joy of performing in small venues
when Karl & I took our show to the Zepp club in Osaka prior to headlining Ultra festival in Tokyo. The whole experience was so deeply inspiring we just had to do it again.” Rick Smith

30th November London, Village Underground (with Bugged Out) 9pm – 4am

1st December London, Village Underground (with Bugged Out) 9pm – 4am

A ticket pre-sale for both the Amsterdam and London shows will be available from 9am GMT / 10am CET on November 5th, exclusively to those who sign up here before 6am on MONDAY 05.11.18.

Remaining tickets will be available via general sale at 9am GMT / 10am CET on November 7th. 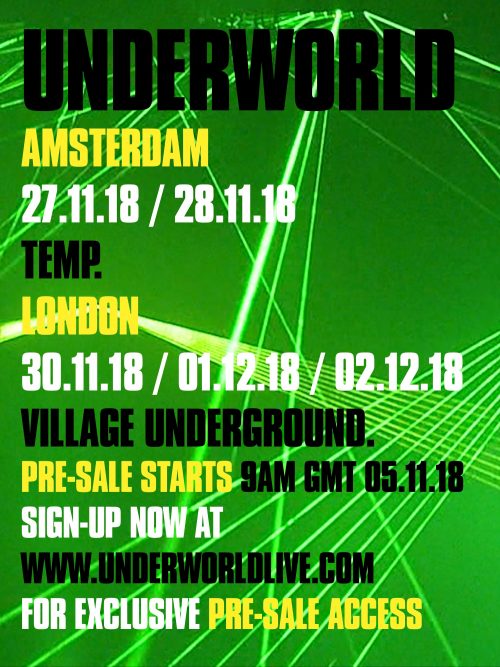