It begins with pure tranquillity.

A city somewhere – anywhere – is captured momentarily in a field recording. After a few seconds, it gives way to arching synthesised strings that evoke that famous house sound of Chicago. There’s space and there’s light. And then there’s the first plunge.

Fused as one, the bassline and drum track are deceptively simple. Together they create a sense of sleek motion through city streets at night. When a voice arrives, it has the processed nonchalance of a replicant. Emotion voided with the flick of a switch, it floats across the music’s every skip and bounce with a cool detachment.

In time, the steady motion of the groove begins to surge and buckle. Eddies of sound swirl and switch and the rhythm becomes more forceful. The effect is disorientating – the environment has changed, plunged again. There’s light again and now it’s blinding. Chicago becomes Detroit as the glassy cool of house gives way to techno’s mechanical futurism.

Ten and a half minutes in and the tranquillity’s long gone. It’s been displaced by an almighty electronic squall – a gleeful, euphoric chaos of synthetic stabs and digitised chatter. All that’s come before has been enveloped in this noise; erased by it. There’s no Chicago, no Detroit anymore. There’s only Essex.

This is how Underworld’s third album opens.

The Beaucoup Fish super deluxe edition comes packaged in a hard 12″ x 12″ box case that complements the expanded reappraisals of dubnobasswithmyheadman and Second Toughest In The Infants.

This edition includes a selection of rare and unreleased material from the time and 60-pages of new artwork alongside an essay on the album by Robin Turner. As with its predecessors, audio remastering was undertaken by Underworld’s Rick Smith and Abbey Road Studios’ Miles Showell, and the artwork created by long time Underworld collaborators, tomato. 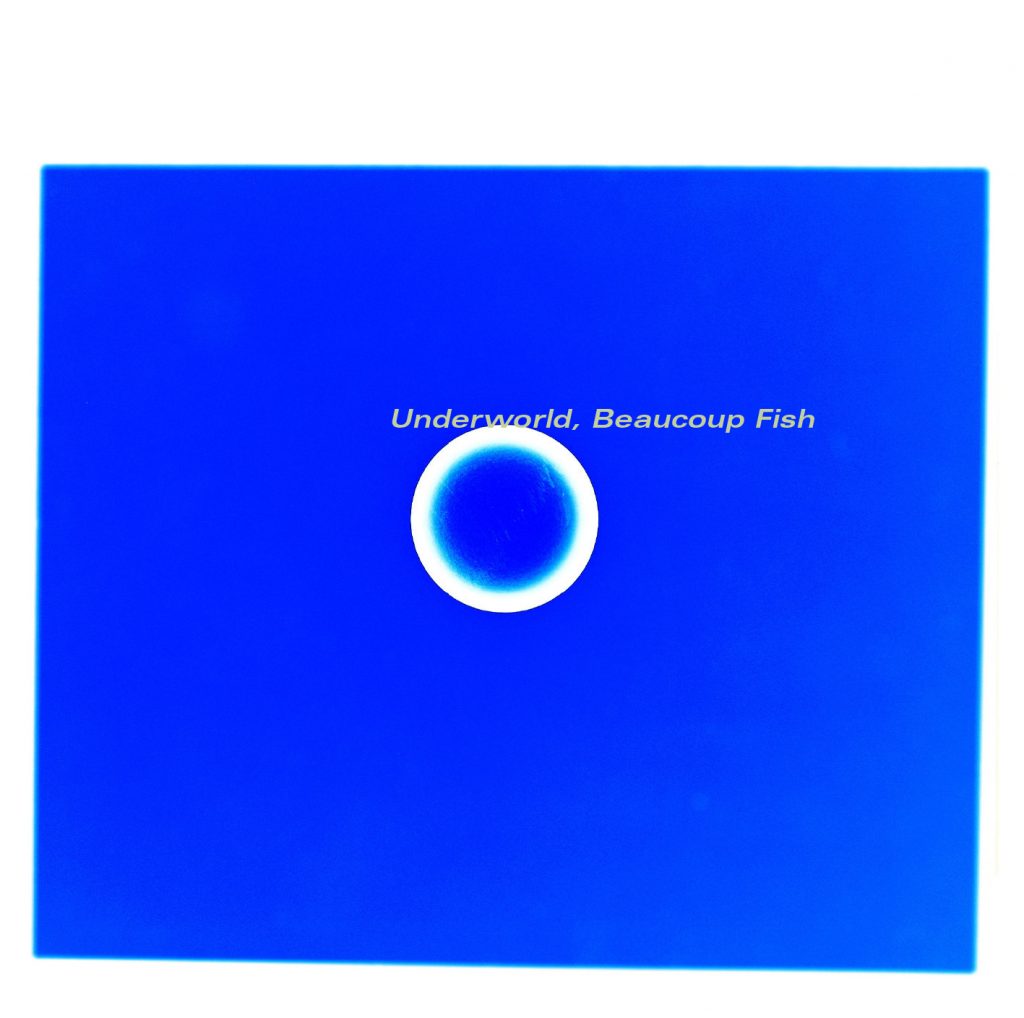