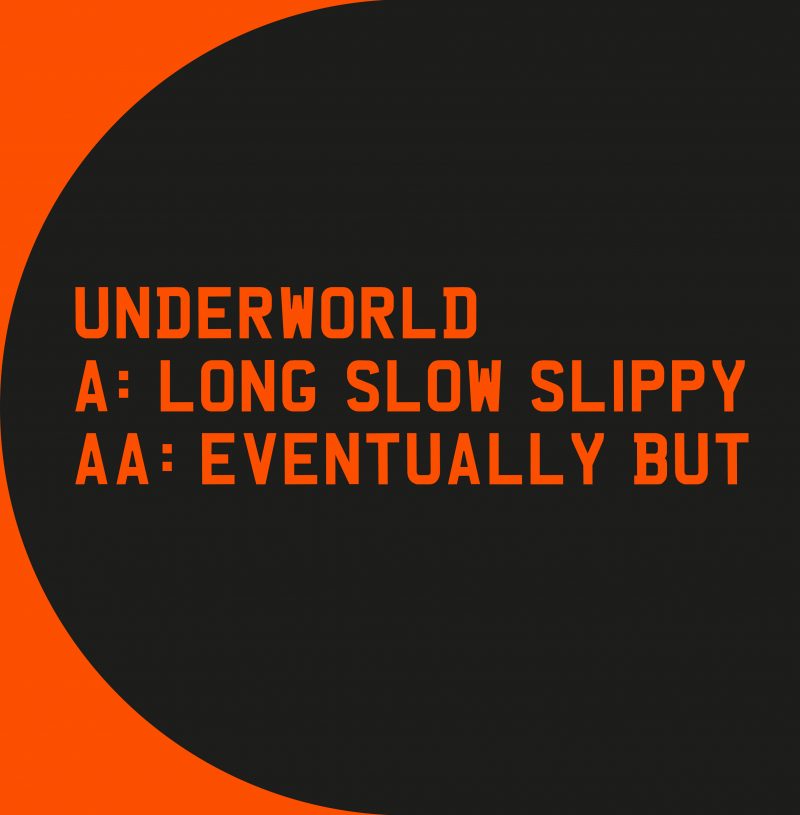 To celebrate the release of  T2 Trainspotting, we have put together a very special limited edition 12”.

On one side is the full-length version of the reimagined Born Slippy (Nuxx) – Long Slow Slippy (an edit is included on the official soundtrack album).

On the other side,  Eventually But –  the first new Underworld track since last year’s album Barbara Barbara, we face a shining future. This full version is only available on this 12” and is not included on the soundtrack album and is not available digitally.

The 12” is pressed onto 180-gram heavyweight vinyl cut at half speed to be played at 45 RPM, in a die-cut sleeve, with all artwork by tomato. Available exclusively at underworldlive.com.