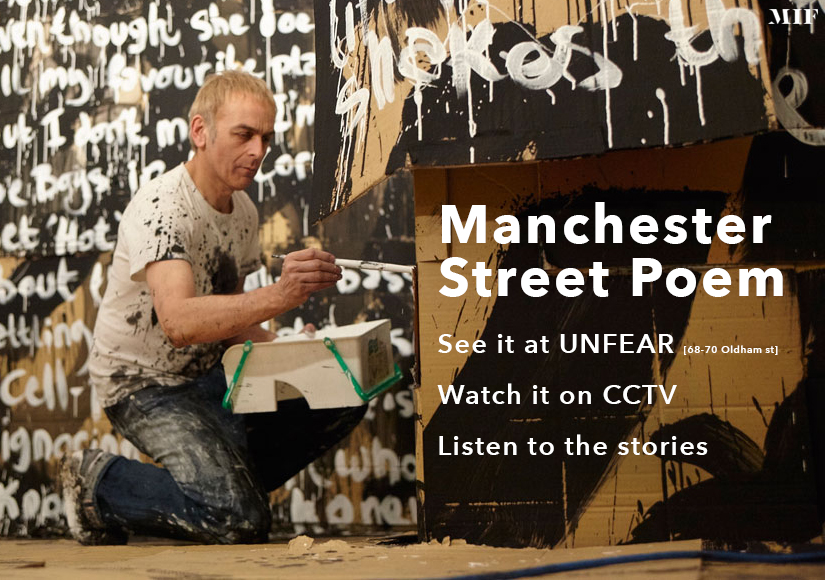 Over the last year, Karl has been working with pioneering local organisations including   Mustard Tree   and the   Manchester Homelessness Partnership   to develop a project that will spotlight the stories of those who find themselves homeless in the city.

MIF audiences were able to watch him at work on a piece that is both fleeting performance and compelling installation, transforming a disused city centre space. Over the course of a 9 days, covering the walls of the venue with words and phrases drawn from the streets, whilst the space will fill with a powerful soundtrack by Rick built on fragments recorded all over the city. 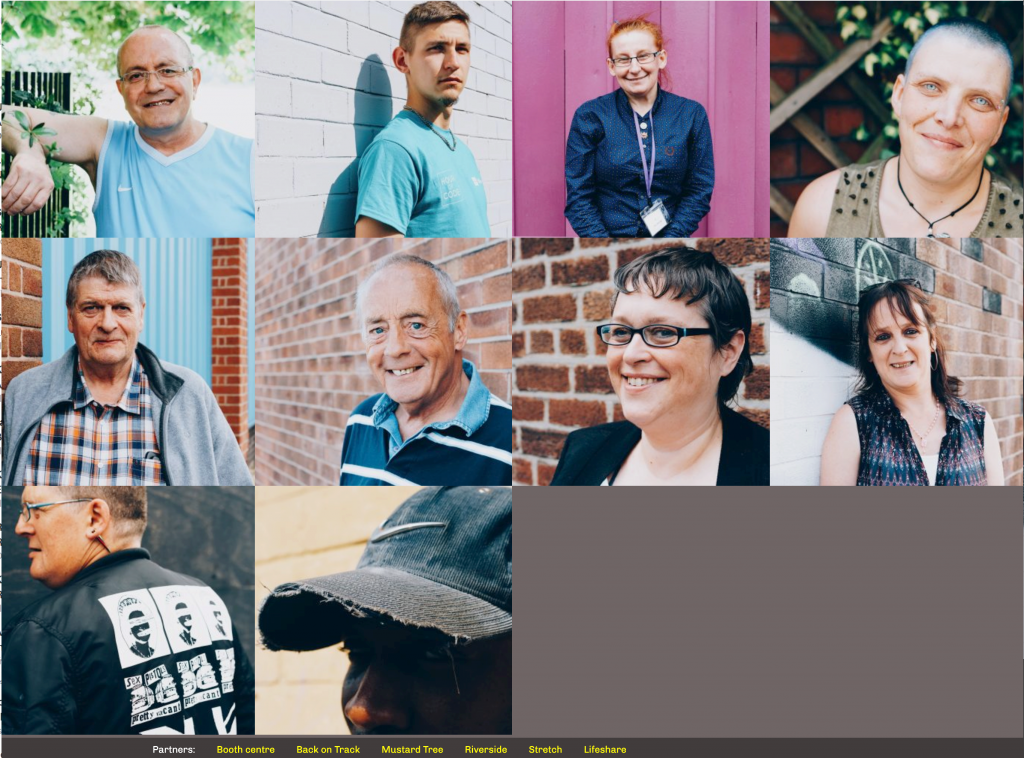 Read the stories at:  manchesterstreetpoem.com

The performance was broadcast daily via a network of CCTV cameras, whilst the Street Poem project becomes a portal to an online library of stories and images gathered from the people with lived experience who have contributed to and steered the project.

“We came to Manchester with a concept for a performed installation connected to its own digital library to serve both as a shop window and a receptacle for stories from people with lived experience who are too often reduced to a generic the homeless. It is imperative to us that this project is directed by and serves the fellow citizens of our island whose voices, stories and identities are repeatedly ignored. Having created the concept we invited all our contributors to hijack it, direct it and have control of the editorial, which they did with great relish.”   Karl Hyde

Watch the BBC Breakfast report on the project

Karl Hyde is co-creator and co-composer for  Fatherland  which ran at MIF17 from 1 July.