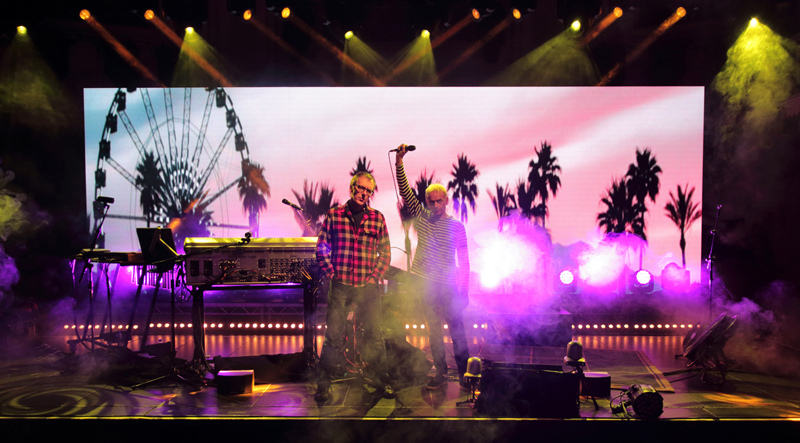 Underworld return to the US this April to play both Coachella weekends as well as shows in Pomona, Oakland and New York.

Along with tracks from their extensive catalogue they will play music from their new album Barbara Barbara, we face a shining future, available to buy at underworldlive.com, iTunes, Amazon or stream on Spotify.

Pitchfork said of the album;

“there was something infectiously joyous about their still evident delight and whole-hearted commitment to creating the magical sounds that got a packed throng of … strangers grinning together in the rapture of dance.”

If your not at Coachella, you can stream it on
SiriusXM Radio http://bit.ly/CoachellaSirius or
YouTube https://www.youtube.com/coachella