As part of Underworld and outside it, Rick and Karl have worked on a variety of projects, here are some of them

In celebration of Frankie Knuckles’ life and music, two of Junior Boys Own cornerstones acts, Underworld and Heller & Farley have joined forces, with the Misterons, to release a version of Knuckles’ seminal “Baby Wants To Ride”, to mark the 1 year anniversary of Frankie’s passing.

Released digitally and on limited edition 12″ vinyl. Proceeds from the single raised from the sale of the record will go direct to the Frankie Knuckles Fund (part of the Elton John AIDS Foundation). 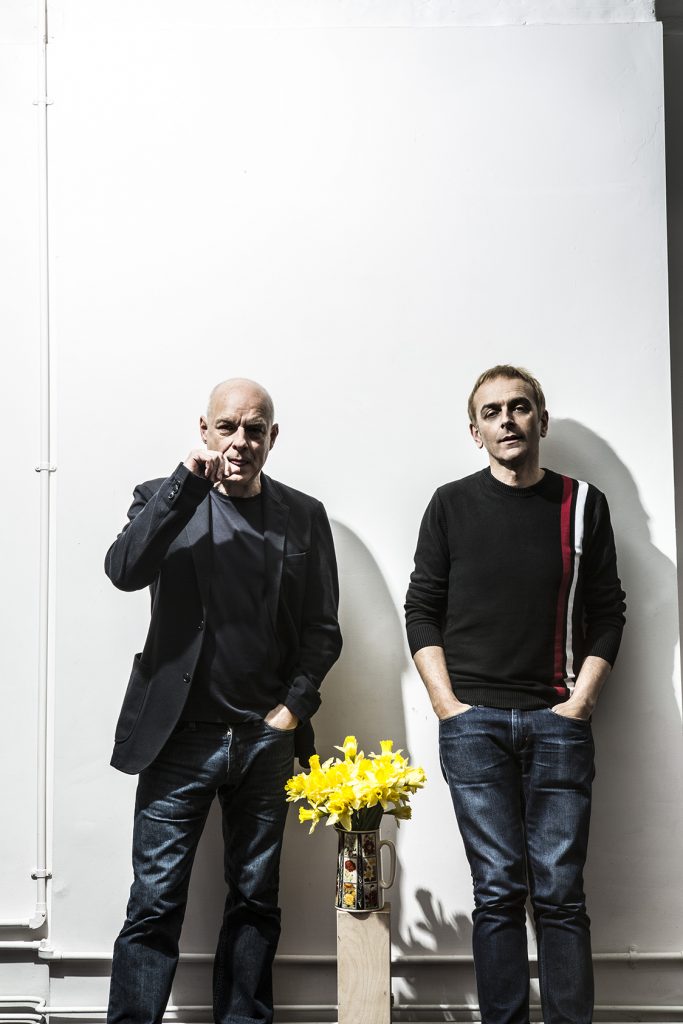 In 2014 Brian Eno and Karl Hyde come together to record two albums in quick succession on Warp Records.

‘High Life’ The experiment drew inspiration from the repetitive minimalism of composers like Steve Reich and Phillip Glass, and from the polyrhythmic music of Fela Kuti and funk, as well as continuing the work that Eno and Hyde have done separately.

Underworld have been involved in a project that synchronises motion technology and music.

Together with a team of developers and designers, Underworld created a dynamic composition and App that responds to ta cars motion to create a unique musical score with every drive. More info here

In 2013 Karl Hyde released his  debut solo LP, Edgeland.  Edgeland is a graceful and meditative collection that explores the limitless possibilities of what late film director Anthony Minghella christened ‘esoteric Underworld’ – something that’s existed on record since dubnobasswithmyheadman.

Described by Q magazine as “A brave and beautiful album”. The deluxe edition CD also includes a DVD of The Outer Edges, a travelogue documentary through the edgelands of Essex by Karl Hyde and director Kieran Evans (Finisterre, Kelly + Victor). more info at karlhyde.com