“Dance music utterly unlike any other dance music.” Mojo

Second Toughest In The Infants crackles with the frantic energy of pirate stations half tuned on FM dials; strolls through grimy cities at night, ducking between dog tracks and neon-lit all-night stores. Lyrically voyeuristic from the molten core of the dancefloor, overheard conversations hand spliced to create a strange, dizzying, unique form of music.

The album, originally released in March 1996, has been remastered for the first time for a series of special editions that collect together for the first time rare singles, B-sides, remixes and unreleased studio and live tracks to be released on 20th November 2015.

In the year of Second Toughest…’s release, Underworld also reissued 1995’s Born Slippy (Nuxx) on the back of the massively successful film adaptation of Irvine Welsh’s Trainspotting, That single sold over a million copies in the UK, spent 41 weeks on the charts and would go on to be voted Single of the Year in the NME and Melody Maker. The fourth disc on the super deluxe features the seven unreleased recordings that map out the genesis of Born Slippy (Nuxx). They take the iconic track from earliest embryonic studio version through to a final extended mix via several previously unheard live versions from 1994.

As with dubnobasswithmyheadman, the reissue of Second Toughest In The Infants sees the original album remastered for the first time (at Abbey Road). The four disc super deluxe versions features non-album singles, B-sides, remixes, unreleased tracks and seven unreleased recordings that map out the genesis of Born Slippy (Nuxx). 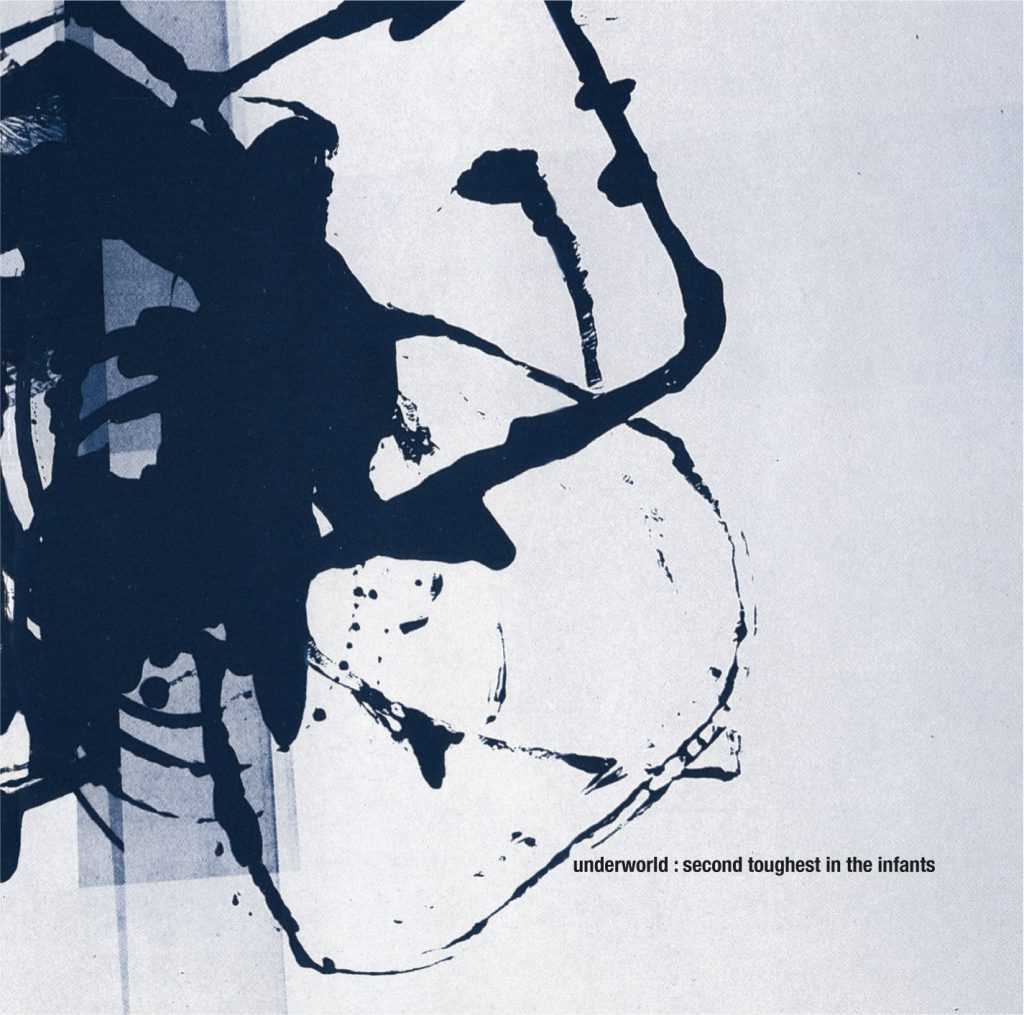 Available on Super Deluxe 4CD bundle, Deluxe 2CD bundle,Vinyl bundle & CD, as well as an album or artwork t-shirt and a selection of original art prints. Released on 20th November 2015.