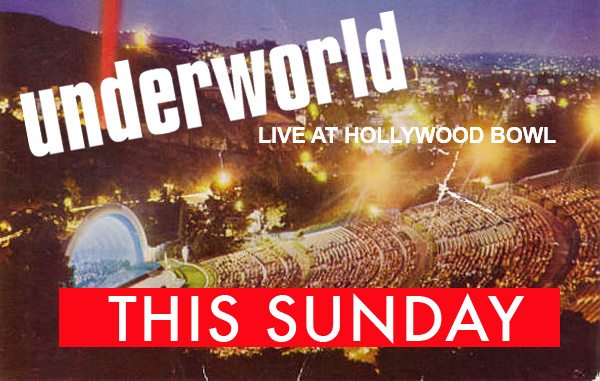 On 21st June 2015 Underworld return the LA’s Hollywood Bowl to celebrates the 20th anniversary of their album dubnobasswithmyheadman performed along with their landmark hits as part of KCRW’s World Festival series.

GET YOUR TICKETS HERE

Underworld’s dubnobass.. show at Primavera was described by Stereogum as;

“One of the more overwhelming live experiences I’ve had in recent memory… It felt like a small, internalized, intense club show rather than standing in a massive crowd of people”

Support acts on the night include Jungle, returning to the US hot on the heels of their acclaimed Coachella show earlier this year.