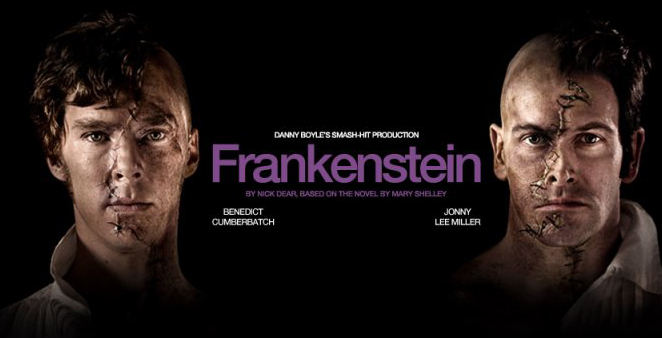 As part of NTlive’s Encore programme the play will be screened at various cinemas from 30th October 2014. For information on where to see it click here

During previews, we caught Karl blinking in the sunlight on a rare fifteen minute break and asked him to tell us a bit about their involvement in the play.

“Danny – as often happens – reappeared in our lives late last year and cryptically said he had something he wanted to talk about. Shortly afterwards, a script appeared while we were on tour and we were asked what we thought. After the initial amazement at being offered a three-month engagement at the National Theatre, we said we’d be thrilled to get involved. Working with Danny has always been utterly stimulating and challenging in all the right ways, and having worked with him for over fifteen years now, we always have thoughts and ideas about how to approach his projects. Nick Dear’s script is brilliant, totally inspiring and arriving as it did right there in the middle of a long tour offered a welcome change of headspace. Thoughts appeared pretty quickly. And although it was outside of our comfort zone, it appealed to our sensibilities. Why the hell not?” 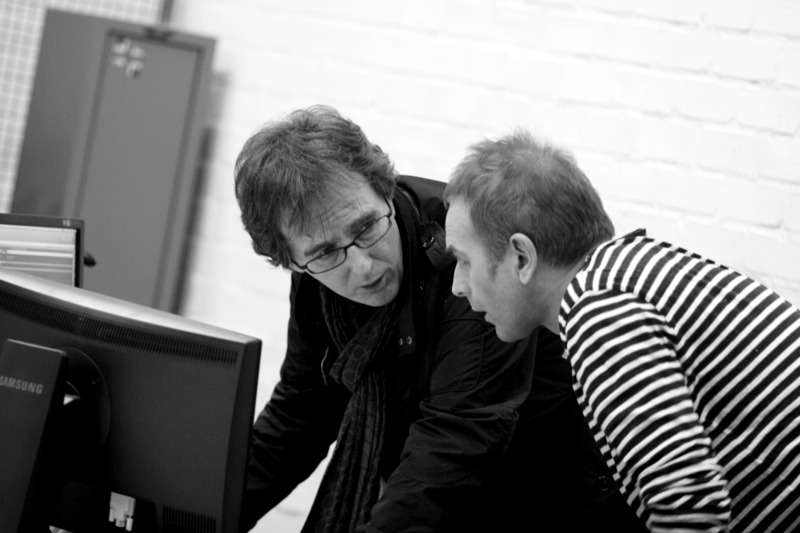 “At this point (a week into public previews), we’ve created music, soundscapes and atmospheres that feature in about 70% of a two-hour play. There are also alternate versions of each piece prepared in case scenes get extended…I think if you laid all the Underworld contributions end to end, it would represent hours of new material.

“Every time Danny asks us to get involved in a project, we say yes ‘cos we know it’s going to be a journey that will take us to strange new places, one that will push us harder and make us dig deeper than anything we might think to do on our own. He is the kind of director who can bring things out of us that even we didn’t know were there. Being around (writer) Nick Dear and seeing how his work evolves has been a real eye-opener too. Every day, it’s like going back to school being taught new lessons, new skills. We’re just really excited about people seeing the play and experiencing what the whole team have made together. And, ultimately, that’s what been the best thing about it – being a part of this talented and driven team, helping translate Nick & Danny’s vision from that initial script into what’s hit the stage. Now I’d better get back to work…”