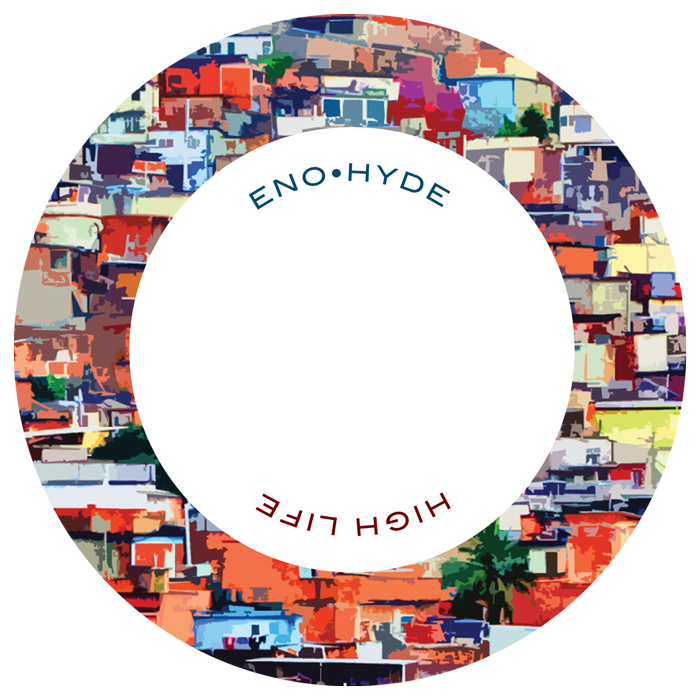 Within weeks of the release of their acclaimed debut album, television performances and augmented reality iOS app, we can reveal that the collaboration between Brian Eno and Karl Hyde continues with a second full-length record HIGH LIFE, to be released 30th June 2014 on Warp Records. The experiment drew inspiration from the repetitive minimalism of composers like Steve Reich and Phillip Glass, and from the polyrhythmic music of Fela Kuti and funk, as well as continuing the work that Eno and Hyde have done separately.

Brian Eno: – “When SOMEDAY WORLD was finished I felt like we were still on a roll and I wasn’t ready to stop working and get into ‘promotional mode’ for that record. So I suggested we immediately start on another album, a different one, where we extended some of the ideas we’d started, and attempted some of the ideas we hadn’t.

There was a pragmatic reason for this as well (there often is): Warp wanted us to do some promotional interviews for SOMEDAY WORLD and I was having difficulty raising the enthusiasm for the idea. So I thought “Why don’t we just carry on working and invite writers to come and watch us at work?”.

This idea took shape in early April 2014. Karl and I spent a week working together to firm up the approach (the piece called RETURN comes from those sessions) and then a week with Leo Abrahams and 20 year old Fred Gibson. Fred had been deeply involved in SOMEDAY WORLD and I asked him to become, for this new album, our electronic percussionist – he’s a multi-instrumentalist but his original instrument is marimba. I’d worked with Leo many times over the last 18 or so years since I spotted him trying out a guitar in a second-hand instrument shop in West London and over that time he’s worked with many people – including Karl, in fact – and become respected as one of the most creative and gifted players in the world. Also in the room was Rick Holland, the poet with whom I’d worked on DRUMS BETWEEN THE BELLS. His job was to interject additional lyric ideas.

So the 5 of us set up in my studio on April 6th, and worked for 5 days. I was using a DJ CD-player as my main instrument. I had prepared a number of CDs to feed a chain of processors through which I could manipulate them as they were playing. I also had the capacity to send any live instruments through my processing chain – an approach I’d developed 40 years ago with Roxy Music and used ever since on most of the records I’ve been involved with. Karl was playing guitar and also had a DJ CD player loaded with rhythms, guitar extracts and spoken words recordings from Kasia Daszykowska (who also appeared on SOMEDAY WORLD) and Tessa Angus who took all the documentary photographs for that and this record.”

Karl Hyde: – “I wanted to work with a stripped down set of equipment, the CDJ player and prepared CDs is a combination I’ve utilised since the early 90’s and once again I decided not to bring any guitars but to use whatever Brain had to hand. For this album I was very keen for Brian to live process my guitar playing so that we would be effecting one another’s performance, bouncing off each other, inspiring new combinations of polyrhythms. I love to play whilst Brian is changing the sound of my guitar, making me play to suit whatever changes he makes and I also took the ‘radical’ decision to put the guitars into standard tuning this time! Leo complimented my very stripped down sound with his guitar-computer setup producing its characteristic sound-worlds, and Fred was there with his evocative percussion and keyboard playing.”

Brian: – “When we started playing we weren’t sure what to expect but things gelled pretty quickly. We had nothing prewritten but we had some starting points in the form of the CDs I was using – material I’d generated in the studio over several years – and almost immediately a music started appearing out of the four of us which wasn’t like anything any of us would have done separately.

The presence of an audience in the form of some journalists could have been disruptive or paralyzing but in fact turned out to be inspiring. The usual problem with group improvising is to try to find a place between dull repetition or out-and-out chaos. It’s easy to find yourself at either end of that spectrum but harder to navigate the tightrope between. Somehow having an audience (albeit very small) made us want to keep things interesting for them – not just for us. It made it easier to dramatically change direction during a piece – none of us wanted to be stuck in a rut unless it was a really deep rut. So we were basically looking for interesting deep ruts.”

Karl: – “During the 90’s I vocally improvised through all live performances, though had taken a much less premeditated direction in recent years. Brian’s invitation to be a part of the Pure Scenius ensemble (Sydney Opera House 2009) re-ignited my enthusiasm for live improvisation, requiring me to go much further, having to create vocal melodies with words to music I had never heard before in front of a packed house. It is a joy for me, therefore, to be a part of this process in the studio as it provides us with the opportunity to return to that fabulous way of working, having to find melodies and words in front of a live audience, only this one was watching us through a magnifying glass.” 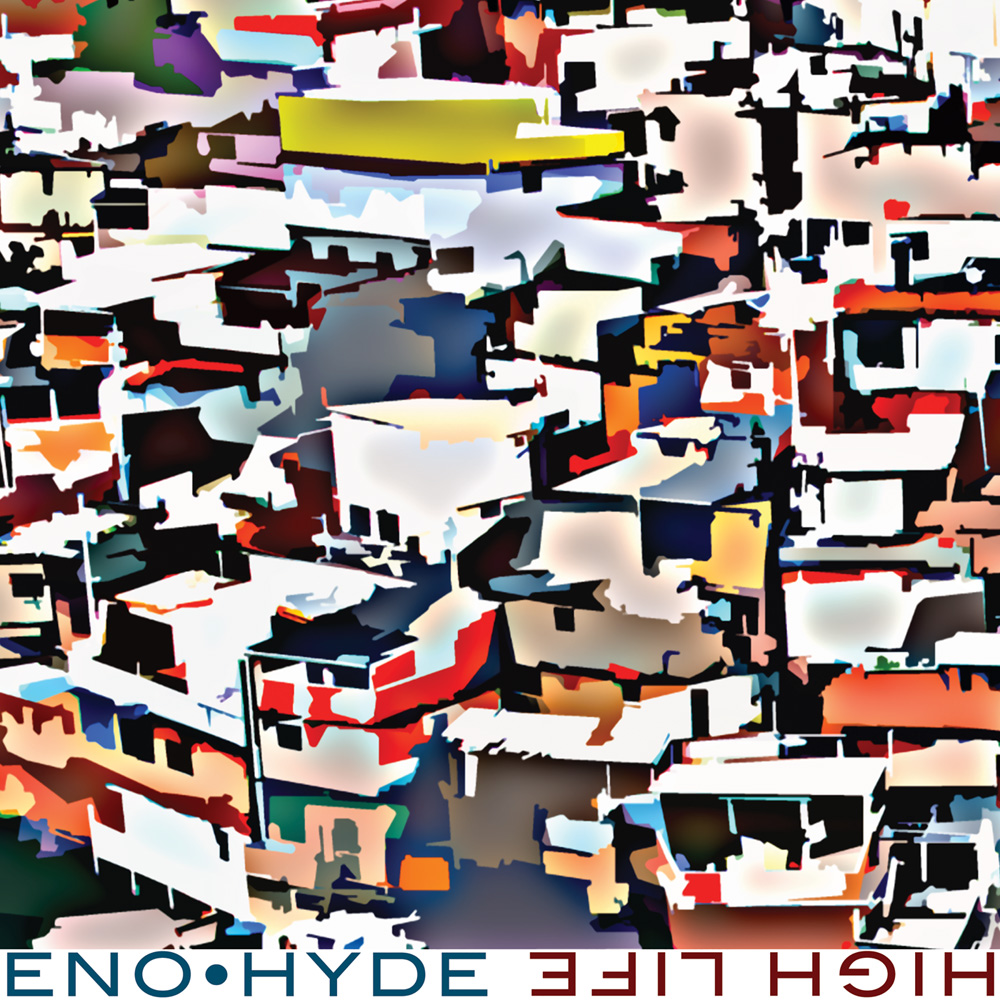 The acclaimed iOS app ENO · HYDE has been updated with new imagery as well as the track ‘Lilac’ from “High Life” – which perfectly encapsulates the polyrhythmic ‘Reich-Kuti’ influences cited by Brian Eno and Karl Hyde throughout their collaboration.  You can now listen to the track streaming below featuring visuals from the app: