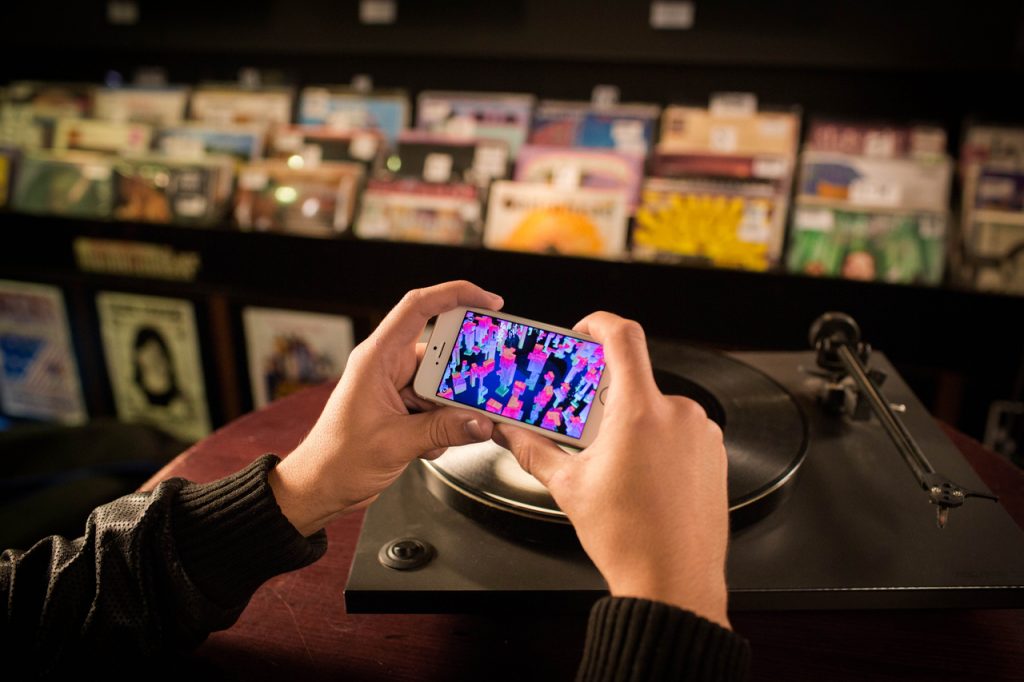 During the recording of their new album ‘Someday World’, Brian Eno and Karl Hyde kept a large whiteboard on one wall of the studio, onto which they wrote a series of rules to guide and challenge the creative process:

The last statements provided the inspiration for this new app for iOS devices – ‘Eno • Hyde’ – which takes the classic medium of vinyl and fuses it with image recognition an augmented reality technology to meld the analogue and digital worlds.

Download it for free in the App Store now.

Explore the ‘outsider architecture’ metropolises that grows around your vinyl copy of the album (or if you have a different format of the album here), soundtracked by ‘Strip It Down’ from ‘Someday World’.

The App is made by Lukasz Karluk, the creator of ‘HoloDecks’ and creative studio ‘Toby and Pete’

Last week Eno & Hyde performed live on Later… With Jools Holland with a selection of musicians that performed on the album, including Fred Gibson, Leo Abrahams, Chris Vatalaro and Don E. In Eno’s case this was the first time he has performed live on television since Roxy Music.

Brian & Karl also joined Lauren Lavern on her BBC 6Music show earlier this Month for a live session from Maida Vale, you can listen again here.

Someday World is available on Standard CD, Deluxe CD, Vinyl and digitally from our shop