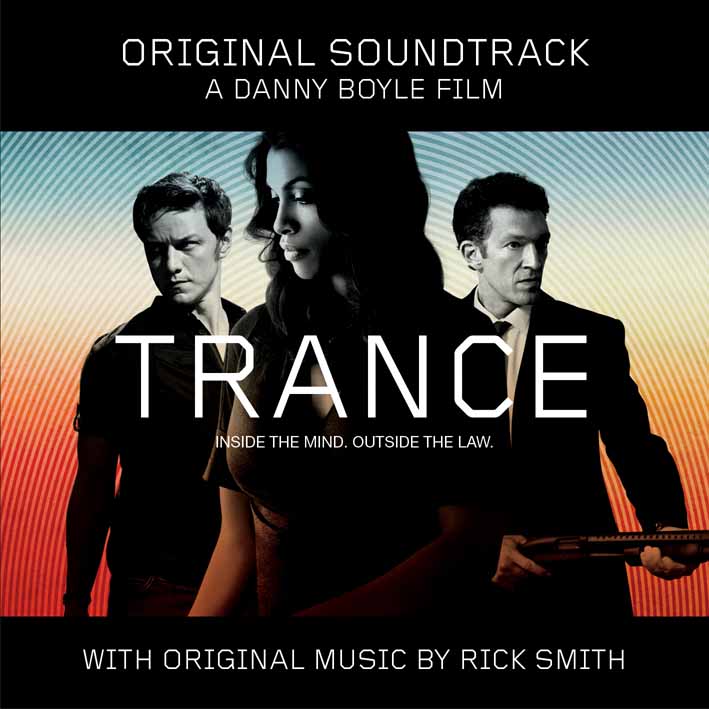 Smith has also co-written a track, titled ‘Here It Comes’ for the film with multi Brit award winner Emeli Sandé.

Rick worked with both Boyle and Sandé in his role as Musical Director of the London 2012 Olympic Opening Ceremony.

At times mellifluous and gorgeously atmospheric and at others frenetic and claustrophobic, Smith’s eleven original pieces have been written exclusively for the soundtrack and come sequenced alongside familiar tracks specifically chosen by Boyle and Smith for use in key moments in the film (including music by Moby, Unkle and M People).

Danny Boyle says: “Trance reaches back to the darker more anarchic spirit of films like Trainspotting on which Rick was a key collaborator. The film is a puzzle of the protagonist’s own making and Rick’s music brilliantly drives the interior landscape of these characters as they try to solve it.”

‘Trance’, the soundtrack album is released on 25th March by Universal and the film opens in the UK on 27 March.