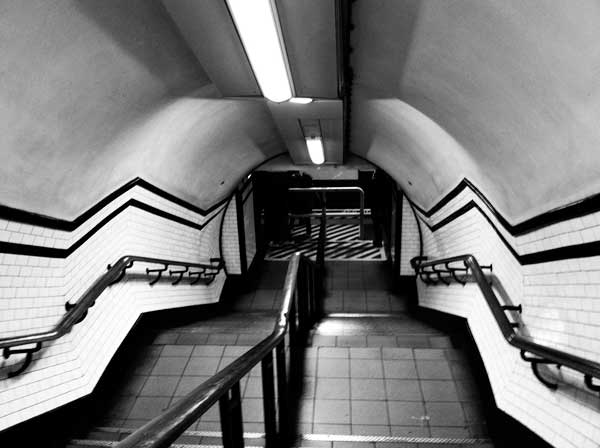 Bless the commuters of the Emerald City. It was one’ve those glorious,
‘you got it so wrong karl’ moments – everyone on the tube train
was reading paper -based words. Though 3 out’ve the 4 people standing
around me on the platform were lost in something small & electric the
proliferation of the printed word was widespread. As the
dancing legs propelled us through the beautiful dirty streets, up
decaying alleys, past heavy scented perfume counters, between
gift-wrappers & bowler-hatted models promoting seasonal cheer
we sweated like H was filling the world with light at a mid summer
party. From the Jacobson Gallery in Cork Street to the Atlantis Art
Warehouse the legs did the work & the eyes took it all in. A seemingly
random path between A’s & B’s, plotting a course that re-united us with
friends we hadn’t planned to meet. And when I was completely lost
Jon Hopkin appeared on a street corner hunting Vietnamese
sandwiches offering the service of his tiny electric friend to get me
where I needed. This morning, the camera phone wont talk
to the laptop & all yesterday’s photos sit there blinking at me
like those little green rubber geezers in Toy Story -ha!