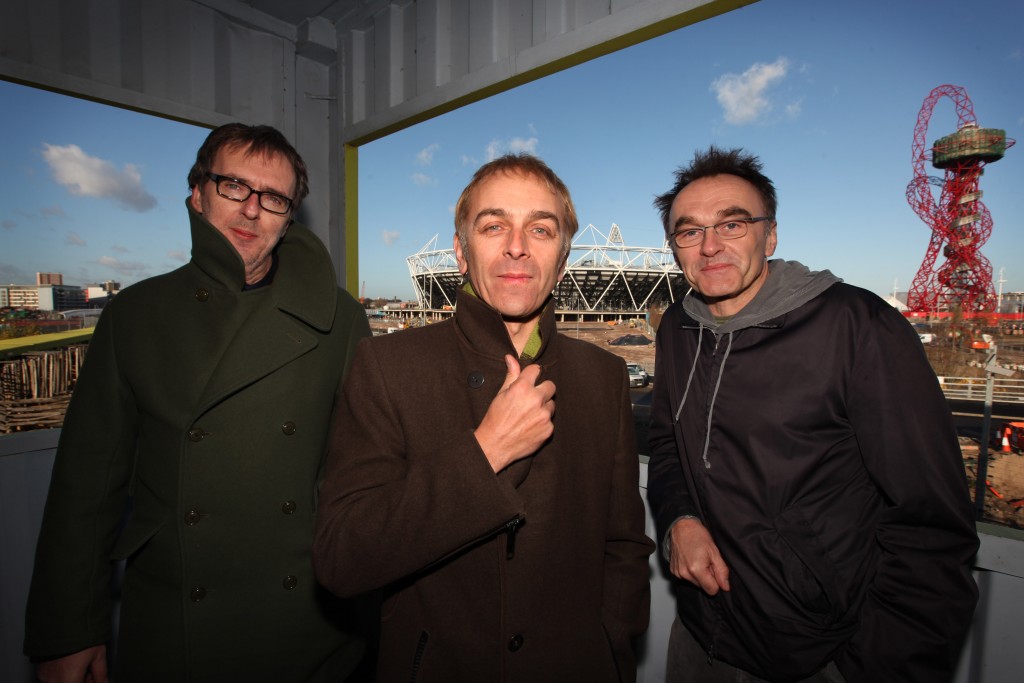 The official press release from LOCOG (the London Organising Committee of the Olympic Games) explains:

Underworld duo Rick Smith and Karl Hyde will work alongside Oscar winning British filmmaker and producer Danny Boyle, Artistic Director of the Opening Ceremony and will be responsible for all the music in the three-hour ceremony taking place on 27 July next summer.

Underworld and Danny Boyle have enjoyed a long and diverse collaboration since Underworld’s track ‘Born Slippy’ featured in Boyle’s film ‘Trainspotting’. Over the following fifteen years the three developed a close relationship, with Smith and Hyde supplying specially created music for ‘A Life Less Ordinary’, ‘The Beach’ and co-scoring the 2007 sci-fi film ‘Sunshine’. In 2010 they came together again to work on the critically acclaimed National Theatre production of ‘Frankenstein’.

Danny Boyle said: ‘Appointing Underworld to direct the music in the Olympic Opening Ceremony is the final piece of the jigsaw for the team of leading British creatives who will deliver the ceremonies.

‘What’s interesting about working with them is how much broader their taste is than you might imagine. With ‘Frankenstein’ we really saw how far we could take a broader approach than we’d used together on the films.’

Rick Smith said: ‘The ‘Frankenstein’ project at the National Theatre was our opportunity to test ourselves as writers and music directors in a completely new environment – Danny asked us to take responsibility for every aspect of the sound and music and encouraged us to draw on a wide musical palette. It was a challenging piece of work with its roots in classic literature, that turned out to be the most fun I’ve ever had.’

Karl Hyde said: ‘We want to leave people with a musical memory of the show rather than a purely visual one. It’s a great honour to be asked to do this and one we’re taking very seriously – it’s certainly not something we’ll get the chance to do again.’